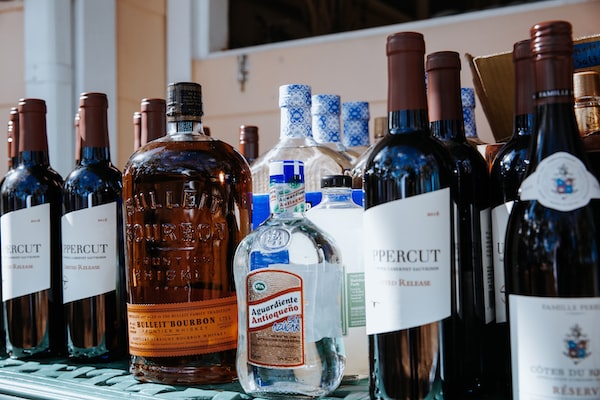 It is not a sin to drink alcohol. The Bible does forbid becoming drunk and being controlled by alcohol.

Let me stay this as kindly as possible. I HATE ALCOHOL. If I could, I would destroy all alcohol from the Earth. I have never heard anyone say they incorporated more alcohol into their life and it made things better. I have heard over and over that someone incorporated more alcohol into their life and it destroyed everything. Jesus once turned water into wine. Alcohol by itself is not evil. The Bible does not say you cannot have a drink, but your pastor might beg you to try to live without it.

Here’s three reasons why I would look you in the eye and beg you to find another way to enjoy your evening.

Of course, we can still be friends if you drink.
It’s not a deal-breaker for friendship. But, inwardly, my heart will grieve for you. Also, because I have no respect for alcohol and hate what it does to people, I often will not attend gatherings where it is present. Once again, it’s not you. It’s my hatred of the “silly juice.”

However, there are many places where it is HEAVILY regulated for our own good.

Here are 6 things you should know about the Bible and alcohol.

(Thank you to crosswalk.com for elements in this blog.)

1. The Bible allows Christians to drink alcohol for medical reasons.

Paul told Timothy, "Stop drinking only water and use a little wine because of your stomach and your frequent illness." (1 Timothy 5:23)

2. The Bible sometimes portrays alcohol as something good and enjoyable.

Jesus’ first miracle involved turning water into wine for a wedding celebration. (John 2:3-11) Psalm 104says, "He makes grass to grow for the cattle, and plants for man to cultivate—bringing forth food from the earth; wine that gladdens the heart of man, oil to make his face shine, and bread that sustains his heart." (v. 14-15)

Although the Bible never says that alcohol itself is sinful, it does say many times that drunkenness is a sin. God says, "Do not get drunk on wine, which leads to debauchery. Instead, be filled with the Spirit." (Ephesians 5:6) In fact, there are many verses in the Bible which speak out against drunkenness. (For a few examples, see Romans 13:13; Galatians 5:19-21; 1 Peter 4:3.)

4. The Bible forbids drinking if it offends fellow believers.

God explains in Romans 14 and 1 Corinthians 8 that we should be considerate of other Christians who have different convictions than we do. Some Christians believe that alcohol is always sinful. And their convictions should be respected. God says, "If your brother is distressed because of what you eat, you are no longer acting in love. Do not by your eating destroy your brother for whom Christ died. "For the kingdom of God is not a matter of eating and drinking, but of righteousness, peace and joy in the Holy Spirit...Let us therefore make every effort to do what leads to peace and to mutual edification....It is better not to eat meat or drink wine or to do anything else that will cause your brother to fall." (Romans 14:15-21) That verse says it loud and clear: Don’t drink alcohol if it will offend a brother or sister in Christ.

5. The Bible forbids drinking if it hinders the gospel.

Paul explained in 1 Corinthians 9 that even though he was allowed to eat and drink anything he wanted, he was very careful not to do things that would hinder the gospel of Christ. He said, "Though I am free and belong to no man, I make myself a slave to everyone, to win as many a possible. "I became all things to all men so that by all possible means I might save some. I do all this for the sake of the gospel, that I may share in its blessings." (1 Corinthians 9:19-23)If I was trying to witness to someone who thought it was bad for Christians to drink, there’s no way I would drink alcohol in front of that person!

6. The Bible warns that drinking is often dangerous and unwise.

The Bible contains lots of warnings about how tempting and dangerous it is to get involved with alcohol. A wise mother told her son, "It is not for kings, O Lemuel - not for kings to drink wine, not for rulers to crave beer, lest they drink and forget what the law decrees, and deprive all the oppressed of their rights." (Proverbs 31:4-5) And Solomon, one of the wisest men who’ve ever lived, said, "Do not gaze at wine when it is red, when it sparkles in the cup, when it goes down smoothly! In the end it bites like a snake and poisons like a viper." (Proverbs 23:31)

These situations are all too common. God is looking out for you when He warns you about the dangers of alcohol and drunkenness. Getting drunk causes you to lose control of yourself and do things - dangerous things - that you wouldn’t do if you were sober.

I think it is possible to live a godly life and enjoy a small amount of alcohol. But the person who chooses not to drink at all also lives a godly life, as long as he does it without condemning those who do.

Some Bible Verses About Alcohol

(1 Timothy 5:23) Stop drinking only water, and use a little wine because of your stomach and your frequent illnesses.

(Romans 13:13) Let us behave decently, as in the daytime, not in carousing and drunkenness, not in sexual immorality and debauchery, not in dissension and jealousy.

(Proverbs 23:31) Do not gaze at wine when it is red, when it sparkles in the cup, when it goes down smoothly!

(Ephesians 5:18) Do not get drunk on wine, which leads to debauchery. Instead, be filled with the Spirit.

(Proverbs 20:1) Wine is a mocker and beer a brawler; whoever is led astray by them is not wise.

(Ecclesiastes 9:7) Go, eat your food with gladness, and drink your wine with a joyful heart, for God has already approved what you do.

(Isaiah 62:8-9) The LORD has sworn by his right hand and by his mighty arm: “Never again will I give your grain as food for your enemies, and never again will foreigners drink the new wine for which you have toiled; but those who harvest it will eat it and praise the LORD, and those who gather the grapes will drink it in the courts of my sanctuary.”

(Proverbs 31:4-5) It is not for kings, Lemuel— it is not for kings to drink wine, not for rulers to crave beer, lest they drink and forget what has been decreed, and deprive all the oppressed of their rights.

(Psalms 104:14-15) He makes grass grow for the cattle, and plants for people to cultivate— bringing forth food from the earth: wine that gladdens human hearts, oil to make their faces shine, and bread that sustains their hearts.

(Romans 14:15-21) If your brother or sister is distressed because of what you eat, you are no longer acting in love. Do not by your eating destroy someone for whom Christ died. Therefore do not let what you know is good be spoken of as evil. For the kingdom of God is not a matter of eating and drinking, but of righteousness, peace and joy in the Holy Spirit, because anyone who serves Christ in this way is pleasing to God and receives human approval. Let us therefore make every effort to do what leads to peace and to mutual edification. Do not destroy the work of God for the sake of food. All food is clean, but it is wrong for a person to eat anything that causes someone else to stumble. It is better not to eat meat or drink wine or to do anything else that will cause your brother or sister to fall.

(John 2:3-11) When the wine was gone, Jesus’ mother said to him, “They have no more wine.” “Woman,why do you involve me?” Jesus replied. “My hour has not yet come.” His mother said to the servants, “Do whatever he tells you.” Nearby stood six stone water jars, the kind used by the Jews for ceremonial washing, each holding from twenty to thirty gallons. Jesus said to the servants, “Fill the jars with water”; so they filled them to the brim. Then he told them, “Now draw some out and take it to the master of the banquet.”They did so, and the master of the banquet tasted the water that had been turned into wine. He did not realize where it had come from, though the servants who had drawn the water knew. Then he called the bridegroom aside and said, “Everyone brings out the choice wine first and then the cheaper wine after the guests have had too much to drink; but you have saved the best till now.” What Jesus did here in Cana of Galilee was the first of the signs through which he revealed his glory; and his disciples believed in him.