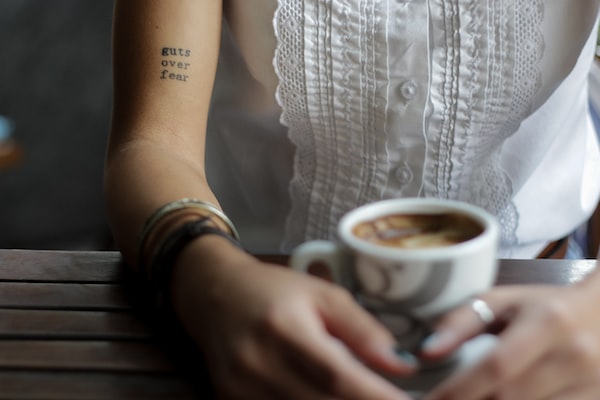 Hope or Fear in Death

Have you thought about death or dying? Chances are you only have it confronted with it. Most people don't like to think about dying or death because it appears as a doorway that you cannot see to the other side. The only people who truly know what lies on the other side of death are those who have experienced it.

What happens when we die? This can be the most terrifying idea there is...unless you are a Christ-follower. Jesus is God. He entered into our space and time, lived among us, tasted death, and then came back to life. He has been to the other side. He created the other side. He tells us we have nothing to fear if our hope is in Him.

John Lennox was once traveling on a train. A fellow traveler sat next time him reading the paper and noticed John reading his Bible. The traveler said, "You don't really believe all that, do you?" John replied, "Of course. Tell me, what hope have you got?" The traveler was stunned. He finally answered, "I guess we all do the best we can." John replied, "What happens when your best comes to its end? I have a hope that outlasts me." The Apostle Paul says that our hope is only in this life, we should be most pitied. However, as a Christ-follower, our hope is not temporary. It is eternal.

What hope have you got?

Below are some promises for God's Word when the idea of death comes up. Never allow the world, the flesh, and/or the devil to try to make you worry about death. We do not get to choose the events that will cause us to approach that veil but, because of Jesus, we do not have to fear what happens when we pass through it.

Romans‬ ‭8‬:‭35‬, ‭37‬-‭39‬
Can anything ever separate us from Christ’s love? Does it mean he no longer loves us if we have trouble or calamity, are persecuted, hungry, or destitute, or in danger, or threatened with death? No, despite all these things, overwhelming victory is ours through Christ, who loved us. And I am convinced that nothing can ever separate us from God’s love. Neither death nor life, neither angels nor demons, neither our fears for today nor our worries about tomorrow—not even the powers of hell can separate us from God’s love. No power in the sky above or in the earth below—indeed, nothing in all creation will ever be able to separate us from the love of God that is revealed in Christ Jesus our Lord.

‭‭John‬ ‭5‬:‭24
I tell you the truth, those who listen to my message and believe in God who sent me have eternal life. They will never be condemned for their sins, but they have already passed from death into life.‬

Isaiah‬ ‭25‬:‭8‬
He will swallow up death forever! The Sovereign Lord will wipe away all tears. He will remove forever all insults and mockery against his land and people. The Lord has spoken!

Psalms‬ ‭49‬:‭15‬
But as for me, God will redeem my life. He will snatch me from the power of the grave.

Philippians 3:20
We, however, are citizens of heaven. We look forward to the Lord Jesus Christ coming from heaven as our Savior.

Romans 6:23
For the wages of sin is death, but the free gift of God is eternal life in union with the Messiah Jesus our Lord.

Romans 8:18
For I consider that the sufferings of this present time are not worth comparing with the glory that is to be revealed to us.

2 Corinthians 5:8
We are confident, I say, and would prefer to be away from the body and at home with the Lord.

Revelation 21:4
‘He will wipe every tear from their eyes. There will be no more death’ or mourning or crying or pain, for the old order of things has passed away.

1 Thessalonians 4:13-14
Brothers and sisters, we do not want you to be uninformed about those who sleep in death, so that you do not grieve like the rest of mankind, who have no hope. For we believe that Jesus died and rose again, and so we believe that God will bring with Jesus those who have fallen asleep in him.

1 Corinthians‬ ‭15‬:‭19‬-‭23‬, ‭28‬, ‭35‬-‭58‬
And if our hope in Christ is only for this life, we are more to be pitied than anyone in the world. But in fact, Christ has been raised from the dead. He is the first of a great harvest of all who have died. So you see, just as death came into the world through a man, now the resurrection from the dead has begun through another man. Just as everyone dies because we all belong to Adam, everyone who belongs to Christ will be given new life. But there is an order to this resurrection: Christ was raised as the first of the harvest; then all who belong to Christ will be raised when he comes back. Then, when all things are under his authority, the Son will put himself under God’s authority, so that God, who gave his Son authority over all things, will be utterly supreme over everything everywhere. But someone may ask, “How will the dead be raised? What kind of bodies will they have?” What a foolish question! When you put a seed into the ground, it doesn’t grow into a plant unless it dies first. And what you put in the ground is not the plant that will grow, but only a bare seed of wheat or whatever you are planting. Then God gives it the new body he wants it to have. A different plant grows from each kind of seed. Similarly there are different kinds of flesh—one kind for humans, another for animals, another for birds, and another for fish. There are also bodies in the heavens and bodies on the earth. The glory of the heavenly bodies is different from the glory of the earthly bodies. The sun has one kind of glory, while the moon and stars each have another kind. And even the stars differ from each other in their glory. It is the same way with the resurrection of the dead. Our earthly bodies are planted in the ground when we die, but they will be raised to live forever. Our bodies are buried in brokenness, but they will be raised in glory. They are buried in weakness, but they will be raised in strength. They are buried as natural human bodies, but they will be raised as spiritual bodies. For just as there are natural bodies, there are also spiritual bodies. The Scriptures tell us, “The first man, Adam, became a living person.” But the last Adam—that is, Christ—is a life-giving Spirit. What comes first is the natural body, then the spiritual body comes later. Adam, the first man, was made from the dust of the earth, while Christ, the second man, came from heaven. Earthly people are like the earthly man, and heavenly people are like the heavenly man. Just as we are now like the earthly man, we will someday be like the heavenly man. What I am saying, dear brothers and sisters, is that our physical bodies cannot inherit the Kingdom of God. These dying bodies cannot inherit what will last forever. But let me reveal to you a wonderful secret. We will not all die, but we will all be transformed! It will happen in a moment, in the blink of an eye, when the last trumpet is blown. For when the trumpet sounds, those who have died will be raised to live forever. And we who are living will also be transformed. For our dying bodies must be transformed into bodies that will never die; our mortal bodies must be transformed into immortal bodies. Then, when our dying bodies have been transformed into bodies that will never die, this Scripture will be fulfilled: “Death is swallowed up in victory. O death, where is your victory? O death, where is your sting?” For sin is the sting that results in death, and the law gives sin its power. But thank God! He gives us victory over sin and death through our Lord Jesus Christ. So, my dear brothers and sisters, be strong and immovable. Always work enthusiastically for the Lord, for you know that nothing you do for the Lord is ever useless.