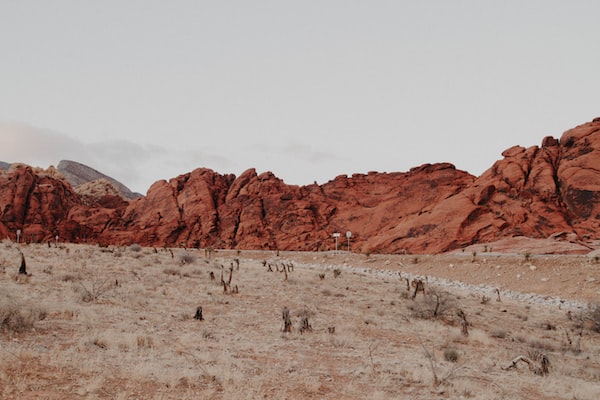 Johnny B (John the Baptist)

I have a special, yet silly connection to John the Baptist. When I was a kid, our local church put on a play every Christmas and Easter. Every time they needed someone to play the role of John the Baptist. Every year, they chose me. Unfortunately, it was not due to my great acting skills. It was actually the opposite. There was no acting involved. My job was to get onstage and yell at people. I had to act like I was mad and wanted everyone to repent. I couldn't act, but I could yell. So, for several years, I would do so. Only later did I study the life of John and feel a little ashamed for portraying him in such a one-dimensional way. John had some bold things to say, but it would be unfair to call him angry. John referred to himself in the Gospel of John as the excited friend of the bridegroom who is so excited to see the wedding day approaching. The truth is John saw his job as something worth celebrating and a time for joy. The King was coming and he had the privilege of announcing His arrival.

John is one of the most fascinating people in world history. He was a prophet in a unique time and was dedicated to preparing the road for the Messiah. He had an intoxicating message that grabbed the attention of a nation. Few people are mentioned in all four gospels, but John is there. The reason for his attention was simple, John boldly told the truth. He said that Israel had lost its way and needed to come back to God so they would be ready to receive their new King.

There are so many things we could say about John and, as we go through the book of Matthew together, we will add to this post. However, for now, here are a few interesting facts about John the Baptist.

1- Sources outside the Bible talk about John the Baptist.

Josephus, a non-christian jewish historian talks about John and his desire to bring the jewish community back to a place of repentance through baptism. "John, known as Yahya in Arabic, is praised by Muslims as well. He is one of twenty-five prophets mentioned in the Quran, and it is said that anyone who denounces John also denounces Islam.

While both the Quran and the Bible mention John’s miraculous birth and his righteous way of living, only the Bible reveals his greater purpose: “And he will go on before the Lord, in the spirit and power of Elijah, to turn the hearts of the parents to their children, and the disobedient to the wisdom of the righteous—to make ready a people prepared for the Lord” (Luke 1:17)." (1)

2- According to Jesus, John was one of the greatest people to ever live!

God knows everyone inside and out. Therefore, it is extremely high praise for God to call you one of the greatest people to ever live or at least be equal to other great people in the world. Matthew 11:11 records the words of Jesus, "Truly I tell you, among those born of women has not risen anyone greater than John the Baptist."

Remember Samson? Many scholars and historians think John may have taken the same vow as Samson, called a Nazirite vow. This would have meant John could not touch a dead body, could not drink alcohol, and could not cut his hair. Can you imagine John walking around with long hair?

4- John was killed by beheading.

We read in the New Testament that John accused Herod of sinning because of not being faithful to his wife. This caused him to be imprisoned. Later, as a favor to a guest, Herod had him killed.

5- John was likely ministering in the wilderness to get away from the Romans.

During that time, Israel was an occupied country. This means they could not gather in great numbers and were not supposed to have weapons. The desert region was an exception for gathering. He likely gathered there out of necessity as much as anything else.

6- John likely ministered in the wilderness because he lived there.

Many scholars think John may have been part of the Essenes. They lived in the Qumran area near where John was preaching. He also had a similar message to the Essenes. They were a separatist sect who viewed the Israelite community as having abandoned their faith. They felt the Messiah was coming soon and the last days were upon them. They preached the need to repent and prepare the way of the Lord.

There are so many more things to come about this great man. He set a blazing trail for our King to come on the scene. Below are several places in the Gospels where you can read more about his ministry-

John the Baptist in Matthew

In those days John the Baptist came preaching in the wilderness of Judea,2 “Repent, for the kingdom of heaven is at hand.”[a] 3 For this is he who was spoken of by the prophet Isaiah when he said,

“The voice of one crying in the wilderness:
‘Prepare[b] the way of the Lord;
make his paths straight.’”

4 Now John wore a garment of camel's hair and a leather belt around his waist, and his food was locusts and wild honey. 5 Then Jerusalem and all Judea and all the region about the Jordan were going out to him, 6 and they were baptized by him in the river Jordan, confessing their sins.

7 But when he saw many of the Pharisees and Sadducees coming to his baptism, he said to them, “You brood of vipers! Who warned you to flee from the wrath to come? 8 Bear fruit in keeping with repentance. 9 And do not presume to say to yourselves, ‘We have Abraham as our father,’ for I tell you, God is able from these stones to raise up children for Abraham. 10 Even now the axe is laid to the root of the trees. Every tree therefore that does not bear good fruit is cut down and thrown into the fire.

11 “I baptize you with water for repentance, but he who is coming after me is mightier than I, whose sandals I am not worthy to carry. He will baptize you with the Holy Spirit and fire. 12 His winnowing fork is in his hand, and he will clear his threshing floor and gather his wheat into the barn, but the chaff he will burn with unquenchable fire.”

13 Then Jesus came from Galilee to the Jordan to John, to be baptized by him. 14 John would have prevented him, saying, “I need to be baptized by you, and do you come to me?” 15 But Jesus answered him, “Let it be so now, for thus it is fitting for us to fulfill all righteousness.” Then he consented.16 And when Jesus was baptized, immediately he went up from the water, and behold, the heavens were opened to him,[c] and he saw the Spirit of God descending like a dove and coming to rest on him; 17 and behold, a voice from heaven said, “This is my beloved Son,[d] with whom I am well pleased.”

Matthew 11:11- Truly, I say to you, among those born of women there has arisen no one greater than John the Baptist. Yet the one who is least in the kingdom of heaven is greater than he.

Matthew 14:1-12- At that time Herod the tetrarch heard about the fame of Jesus, and he said to his servants, “This is John the Baptist. He has been raised from the dead; that is why these miraculous powers are at work in him.” For Herod had seized John and bound him and put him in prison for the sake of Herodias, his brother Philip's wife, because John had been saying to him, “It is not lawful for you to have her.” And though he wanted to put him to death, he feared the people, because they held him to be a prophet. ...

Matthew 17:11-13- He answered, “Elijah does come, and he will restore all things. But I tell you that Elijah has already come, and they did not recognize him, but did to him whatever they pleased. So also the Son of Man will certainly suffer at their hands.” Then the disciples understood that he was speaking to them of John the Baptist.