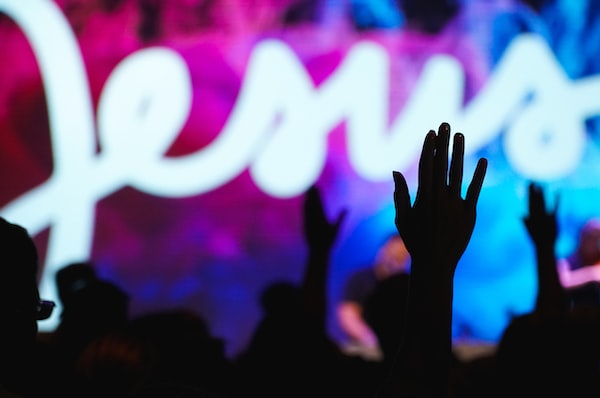 Jesus was born in Bethlehem in Judea, during the reign of King Herod. About that time some wise men from eastern lands arrived in Jerusalem, asking, “Where is the newborn king of the Jews? We saw his star as it rose, and we have come to worship him.” King Herod was deeply disturbed when he heard this, as was everyone in Jerusalem. He called a meeting of the leading priests and teachers of religious law and asked, “Where is the Messiah supposed to be born?” “In Bethlehem in Judea,” they said, “for this is what the prophet wrote: ‘And you, O Bethlehem in the land of Judah, are not least among the ruling cities of Judah, for a ruler will come from you who will be the shepherd for my people Israel.’” Then Herod called for a private meeting with the wise men, and he learned from them the time when the star first appeared. Then he told them, “Go to Bethlehem and search carefully for the child. And when you find him, come back and tell me so that I can go and worship him, too!” After this interview the wise men went their way. And the star they had seen in the east guided them to Bethlehem. It went ahead of them and stopped over the place where the child was. When they saw the star, they were filled with joy! They entered the house and saw the child with his mother, Mary, and they bowed down and worshiped him. Then they opened their treasure chests and gave him gifts of gold, frankincense, and myrrh. When it was time to leave, they returned to their own country by another route, for God had warned them in a dream not to return to Herod.
‭‭Matthew‬ ‭2:1-12‬ ‭NLT‬‬

Because of the goodness of God, I can bring something to worship the King. 🙏

This is such a popular Christmas passage. Because of this and because of the frequent exposure it has, many people do not notice the amazing things happening. There are three different receptions to the news of the King being born. The puppet King Herod is threatened and rejects the King. The scribes and scholars who should be excited to hear about the King are seemingly indifferent and are not willing to travel only 5 miles to check out the claims. The wise men are foreigners and most likely polytheists. However, they have heard of the King from their predecessor, Daniel, and have come to worship. This is very telling for us even today. When you encounter the truth of the Good News concerning King Jesus, what will you do? Will you reject Him? Will you not really care? Will you bow and worship?

Preface- There is a time jump between chapter one and two of Matthew. There may have been as much as 1 year or slightly more. We can find this out by a number of factors. First, the wise men find Jesus in a house and not a stable. This would indicate it is not the night His birth but in the days or months following. Mary and Joseph are in Bethlehem because of the census. We do not know how long this would have taken. We also know according to Luke that Mary and Joseph offered dedication sacrifices for the birth of Jesus in the Temple. The law required this to be 8 days after his birth. They gave the offering that was allowed for the poor. After the arrival of the wise men and their gifts, they would not have been poor anymore. Finally, Herod guesses that Jesus could not have been more than 2 years old in the follow section of this chapter. Because of this, we can guess at least six months has passed but likely no more than a year.

Verse 1-
King Herod. Brutal king and not rightful heir to the Jewish throne. He was placed in authority due to his political connections with Rome. Herod is a prolific builder and constructs many things including massive expansions to the Jewish temple in Jerusalem. This is due to his pride and not His love for Yahweh. He has several sons and wives killed upon suspicion to claim his throne. He wanted fame and/or infamy so much that just before dying, he has several popular noblemen arrested. He ordered them to be killed the same day of his death. He said if they were killed, his death would have to be remembered. When he died, the prisoners were released.

Wise Men- These men most likely came from Babylon. They also most likely would have traveled along the famous Silk Road. This was the main trade route from the near east to Jerusalem. The route would have been around 900 miles and taken roughly 50 days. This route is still covered by some today as a way to retrace the steps of these Magi. We don’t know how many came on this trip but it was likely much more than three. Most believe the number three was given in traditional history because of the three gifts given later in the text. These men were not simple magicians the way we think of them today. They were called “king makers.” They were advisors to the king of their country, known as the ‘scientists’ and intellectuals of their days, were experts in dream interpretation, and studied the movements of the stars. Their famous predecessor was Daniel from the Old Testament. They would have been well school in his writings and would know of his prophecies concerning the “Son of Man.” This is likely why they came west upon seeing the signs in the heavens.

”Come to worship Him”- Even though they were likely polytheists, they would have wanted to worship the prophesied King of the Jews from Daniel.

Verse 2-
The Star in the East- They were in the East when they saw this star and came west to seek out the King. There have been many who have sought to figure out this meaning. The Bible does not deem this important. Perhaps because it does not help us find our way to salvation or perhaps it was such a phenomenon of the time that the first century reader would still remember.

There are three likely suspects for this star-

I have no problem with option three. God can do whatever He wants, whenever He wants. I am also someone who holds to the second option being extremely possible. It would have taken the wise men 50 days to make the trip. The whole time this comet would have been in the sky. Take into account their time of getting approval from their king and talking with Herod and you have almost the exact amount of days needed for the journey to the crib of the new King.

Verse 3-6-
The scribes and religious leaders know what God’s Word says. This Old Testament passage is from Micah 5:2. They know where and roughly when the king will be born. It blows my mind to think that none of them were interested in following the wise men. Perhaps they feared Herod or perhaps, because the King did not reveal Himself to them first, they were not interested.

Verse 7-10-
Herod shows his true colors. He is only interested in destroying the King.

Verse 12-
This is completely understandable. Because the wise men were considered expert dream interpreters, God would have likely spoken to them in a dream as a warning.

Gold- We worship His Kingship by our allegiance. 👍

As stated above, gold represents the kingship of our King. His right to rule. Gold was given as a gift to royalty. How do we honor a King who comes from the courts of Heaven? We give Him our allegiance. It bothers me to hear people say, “I am going to let Jesus be my Savior and pay for my sins, but I don’t understand why you want me to not sin anymore.” They don’t say it quite like that. 😂
I’m being bitter. The question I get usually has to do with not wanting to live for Jesus in holiness. If you think being saved gives you a license to sin, you don’t understand salvation. Jesus doesn’t ask to be our partners. He declares Himself Lord. We have the honor of bowing at His feet and receiving His Lordship. The good news is He is the best King we can imagine. We declare His Lordship by giving Him our loyalty through accepting salvation and following His example in public baptism.

Frankincense- We worship His Divinity by how we live. 🧐

As stated in the commentary, frankincense was used in daily worship. How do we honor a King who comes from the courts of Heaven? We live for Jesus as a way to express our love for Him. Somewhere, the message was lost and living for Jesus became a contest to earn His love and impress our neighbors. I’m sorry if my group (pastors) have ever taught you this. We don’t live for Jesus in holy pursuit of Him because we want to earn His love. We live for Him because we already have it. Our holiness also has nothing to do with our neighbor. If you live to impress your neighbor, you’re not serving God. You’re worshiping your neighbor.

Myrrh- We worship His brokenness by trusting Him with mine. 😩

As stated in the commentary, myrrh was given to anoint a body for burial. If you have ever buried a loved one, you can probably remember certain little things that led up to their funeral or the burial. I can only imagine the sweet repose it was for people to smell the sweet aroma of myrrh as they laid their loved one to rest. The myrrh symbolized the eventual death of Jesus. Have you ever thought about the fact that, from the very beginning of Jesus’ life, He knew He was marching toward an appointment with death. It was going to be a brutal death. He did that for us. Because of this, Jesus understands and knows what it is like to suffer, to experience rejection, and anything else you have ever gone through. Jesus understands. He never delegates your pain to be dealt with by others. He says we are to come to Him with all our broken pieces and He heals us, makes us whole, and gives us rest. How do we honor a King who comes from the courts of Heaven? We give Him everything, even our broken parts.

Thank goodness that, because of the goodness of God, I have something to bring to worship the King.