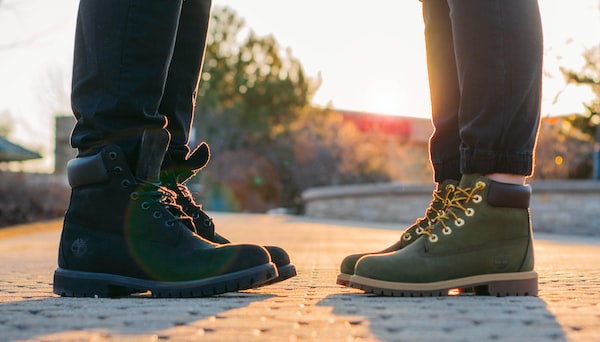 One of the things I love about living in Bowling Green, Ky is almost no one is from here. This means I have the opportunity to bump into various cultures without having to do much traveling. ✈

Nine out of ten times (9/10), I can ask one question and tell what part of the United States you grew up in. Ready?

If you are from the North, most people refer to soft drinks as various forms of “pop.”

If you’re from the South, most people ask what kind of ‘coke’ you want. That could mean any of the soft drinks available. Being from the South, I have no idea why we do this.

If you are from literally anywhere else in the world, you refer to soft drinks as “soda.”.

Depending on where you are from, we can have different words to mean the same thing. We can also have one word that means many different things. It's quick confusing. It's the same way with phrases. Did you know that more people look up definitions online 🖥 rather than in actual hardcover books? 📚 The problem is these definitions can be changed with almost no effort or justification. If you didn't already know the definition of the word, you would have no idea an adjustment had been made. The type of soft drink you prefer is an easy one. We can easily see that different words can have the same meaning. We can also see the opposite is true in similar circumstances. The problem is when we talk about things of greater consequence.

Here are some words and/or phrases that often can be used very differently depending on who is doing the talking:

Are we all talking about the same thing when we use these phrases?

The other day, I listened to a millennial and a boomer talking. The best I could tell, they were talking about completely different things but using the same words. Neither of them realized it but they were on completely different pages. There was a false sense of unity because they used the same words. That may sound nice but it will create major problems later on. This is probably why people feel so untrusting of one another. I don't think people are lying as much as misunderstanding each other. It is becoming more and more of a problem.

So, what should we do?

First, here is a short list of what NOT to do:

Second, here is a short of list of how to GET STARTED:

1- Before getting angry, ask for clarification.

Many times, you may find someone is using a phrase that you, they, or both of you don’t truly understand. Clarification is always better than agreement. I have found that many people will get frustrated when you ask for clarification or try to belittle you. That's okay. Be patient.

Example: I asked someone if they liked Thanksgiving. They said no because it was unfair to the First Nation People. When I asked why they thought so, they started laughing and said, "What? You don't know about the oppression of the Native American People?" The truth is I have actually done extensive research on the topic and early early Pilgrims. I am aware of atrocities on both sides of the debate, but still think Thanksgiving is a worthwhile holiday. I let the moment pass and asked again for clarification. Their response was, "Well, I haven't read much on it but I know it's true." In the end, I wasn't mad. I realized this person had been told they should be angry by someone they trusted so now they were angry. They weren't bad, just misinformed... and naive.

2- Talk with people with whom you disagree.

You don’t fully understand a topic until you can defend both sides. You may find that, even though you disagree, you can respect someone's thought process

Example: I do not have any room to change my position on abortion.  I have studied this topic A LOT and am Pro-Life all the way. I will admit to even being on the minority side of thinking it is wrong for any and all occasions. If the baby is alive, we should do all that is medically possible to keep the baby alive. However, after talking with my friends who disagree, I have come to respect many of them. Many of my friends are pro-choice because of a sincere love for young women who have experience terrible abusive situations. While I disagree with their conclusions, I love how much compassion they have for others. This helps me see them not as villains, but as compassion people with whom I disagree.

3- Come up with a personal taxonomy.

A taxonomy is the classification of things. Think about the words you use and make sure you have a clear understanding before adding them to your vocabulary.

Example: My girls have told me many times that certain words I hear, I shouldn't say. This is not because they are 'bad words.' It just means I don't know how to use them. Apparently these words include: vibin', bussin', and straight-gorgy. Not even sure I am spelling them right. 🤣

As a pastor, I am in the process of coming up with a personal taxonomy so people will understand where I am coming from. I am constantly being asked to clarify statements. I also worry I am being misunderstood. When on stage, my goal is not to be catchy but to be clear. I love listening to pastors who can turn a phrase so well you are left speechless.... ugh... that's not me. I struggle with stuttering and talking too fast so I'll stick with being clear.

Anyway, words are changing at an alarming rate. To try and help clarify as much as possible, you are going see a page coming soon on my blog that will become a running taxonomy list of the meaning of words that matter to me. You should do the same.

In my opinion, the only way to start finding common ground in our constantly changing world is to stop spinning and start figuring out where you stand.
Then, we can seek clarity and not always agreement.

Here are a few words I have been thinking about lately:

* The frustrating thing to me is the social elites and powers-that-be play around with words to fit wherever the cultural wind is blowing at the time. However, down in the world of the normal folks (where I live and work), people's lives are being torn apart by confusion and frustration. It's people like this that have slowly galvanized me to start writing on these topics.

Man- someone born with XY chromosomes. Also known as "male."

Woman- someone born with XX chromosomes. Also known as "female."

Marriage- An institution of mutual submission created by God between one man and one woman theoretically for life.

Transexual- An extremely rare condition where someone is born with a chromosomal abnormality. Also known as "intersex" and "transgender."

Christian- Historical, orthodox Christianity is the adherence to the Apostle’s Creed. It is the belief that justification is by faith alone, in Christ alone.

Truth- Objective, observable truths found in the laws of nature and reality.

Point-of-View- How we relate to observing the truth.

So, here are a few of mine. Which ones did I get right and which were wrong?
We do not have to agree to find common ground.