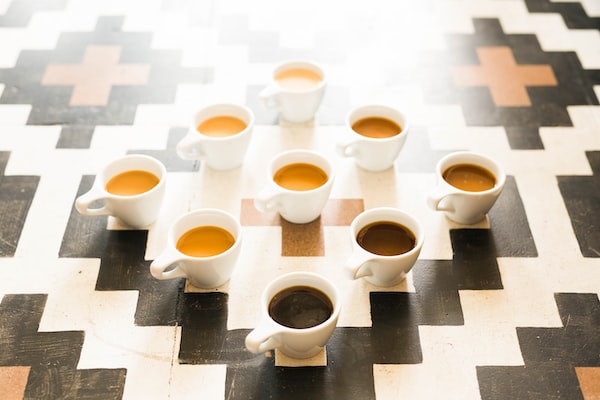 Live Your Truth and Other Lies (Interview)

Have you over-promised and under-delivered on something? I have… many times. Several years ago, my wife had surgery on her ankle and was recovering for an entire summer. This meant dad was in charge of summer activities for our two young girls. We called it “the summer of daddy.” 👍 We came up with several fun activities and our goal was to complete all of them by the time school stated in the Fall.🍁 For some reason, the one activity my girls were excited about the most was “park day.” This event consisted of visiting every park in our city in the same day. I actually only wrote this down because I had run out of ideas. They were really excited. In order to hype up the fun, I told them it was going to be awesome. Greatest day ever. I might have over-promised the awesomeness. When the day came to have “park day,” I could tell they were way too excited. They were acting the same as if it were Christmas morning. We were going to visit 5 different parks…… and… then what? It went about as well as you can imagine. We went to the first park, went down the slide 🛝, enjoyed the swings for about 5 minutes, and they were ready for the next place. The second park was the same. By the time we arrived at the third park, the day had stared to fall apart. The good thing was, back then, all problems could disappear with ice cream 🍦. They still thought the day was a success because they were allowed to order whatever they wanted at the ice cream shop. However, I learned a valuable lesson about over-promising.

Alisa Childers has become one of my favorite apologist. (Someone who defends Christianity.) She is about to release a new book entitled “Live Your Truth and Other Lies.” In this book, Alisa talks about how our modern culture continues to over-promise with ideas that glorify self making life in our image. Even worse is the idea that many in the Christian world has doubled-down on some of these concepts. The issue is most of these lies don’t work in the real world. They actually leave people feeling more hallow than when they started. The answer seems to be to go even harder with these lies and the spiral continues. I’ve been looking forward to getting this book and seeing which lies she tackles and how she is able to redeem a Christian worldview from all the noise. Below is one of her recent interviews with another of my favorite apologist and some of my favorite takeaways.

Before you watch, this is something I have been pondering latley...
I think the hardest thing for Christians to do in today’s culture is confront ideas that sound so good.

How do we do this with winsome directness out of sincere love? Good question. It sounds like we're just being a "party pooper." I guess it comes down to our heart, our motivation, our relationship with others, and more. The goal is not to shout this truth from some high place. It is to be with people, live among others, and walk toward the light together.

Book Synopsis- Are you tired of feeling like you have to check social media to find out what you're supposed to think? Are you weary of the latest self-help books that promise to set you free but only imprison you with laundry lists of studies to consider, positive affirmations to recite, and Facebook groups to join?

We've all seen the memes that populate the internet: live your truth, follow your heart, you only have one life to live. They sound nice and positive. But what if these slogans are actually lies that unhinge us from reality and leave us anxious and exhausted? “Another Gospel?” author Alisa Childers invites you to examine modern lies that are disguised as truths in today's culture. Everyday messages of peace, fulfillment, and empowerment swirl around social media. On the surface, they seem like sentiments of freedom and hope, but in reality they are deeply deceptive. In Live Your Truth (and Other Lies), Alisa will help you to: uncover the common lies repeated within progressive circles hold on to the soul-restoring truths that God's Word offers be empowered to live the way your Creator designed you. Being the captain of your own destiny and striving to make your dreams a reality is a huge burden that you were never meant to bear. Discover true freedom instead.

This is going to be a great book. Here were a few lies she mentioned that I look forward to hearing her untangle even more:

This is going to be a great resource.

Question for you: What do you think is one of the greatest lies in our culture that the modern day church has actually made worse?

I would love to hear your thoughts. My new blogging platform doesn't allow comments yet so go over to my Facebook page to add your thoughts.