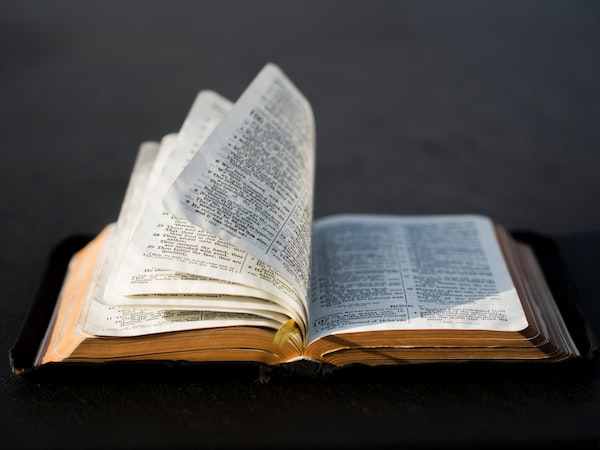 A Hill To Die On: The Bible is Divinely Inspired Truth

*This article is discussing the The Chicago Statement on Biblical Inerrancy. For more details about this gathering, click here.
Also important to know: The word inerrant means that something, usually a text, is “without error.” For more on this, click here.

When I was a teenager, I hated being tricked. There was never a time when I thought it was fun and I hated being surprised. To this day, I still don't like surprises. Because of this, I learned a phrase that has served me well... prove it. If someone told me something I wasn't sure about, I would always request a proof. It quickly helped me realize if someone truly knew something or if it was just a rumor. This was also true when I started seriously studying Scripture.

For years, I would look at translations of the Bible with the same "prove it" mentality. I am happy to report that after years of study, keeping a close eye on ever-increasing archaeological findings, and learning the original languages myself... what we have is God's Word.

The reasons for my complete confidence will take a long time and many blog entries to fully flesh out. I look forward to discussing this further in the apologetics section of my blog. However, it is safe to say, I fully endorse what you will see below.

A few years ago, the Chicago Statement of Inerrancy was released as an official standard for those who stand against the growing tide of subjective interpretation of God's Word. Put more simply... everyone who affirms this statement says you cannot change God's Word just because you don't like what it says anymore. As the United States becomes increasingly more secular, many are increasingly trying to subtly alter God's Word to fit in with the culture better. This includes trying to allegorize the text or say we cannot know what it means.

I could not disagree with this more. I fully affirm the inerrancy of the text and proudly say it is God's Divinely inspired Word. I also would encourage you to say to anyone who would say otherwise, "prove it." While the burden of proof is on me to prove it as well, I have two thousand years of history, countless scholars, and over 5k copies of the New Testament on my side. This is not intended to be disrespectful but to point to the underlying issue. We don't live by feelings. We live by provable faith. At some point, we all have to take a leap of faith and believe in God. However, it is not as long a leap as some would have you believe.

Real Life Church is led by a pastor who proudly displays the Bible as the Divinely inspired Word of God. I am amazed this has now become controversial.

The authority of Scripture is a key issue for the Christian Church in this and every age. Those who profess faith in Jesus Christ as Lord and Saviour are called to show the reality of their discipleship by humbly and faithfully obeying God’s written Word. To stray from Scripture in faith or conduct is disloyalty to our Master. Recognition of the total truth and trustworthiness of Holy Scripture is essential to a full grasp and adequate confession of its authority.

The following Statement affirms this inerrancy of Scripture afresh, making clear our understanding of it and warning against its denial. We are persuaded that to deny it is to set aside the witness of Jesus Christ and of the Holy Spirit and to refuse that submission to the claims of God’s own Word which marks true Christian faith. We see it as our timely duty to make this affirmation in the face of current lapses from the truth of inerrancy among our fellow Christians and misunderstanding of this doctrine in the world at large. This Statement consists of three parts: a Summary Statement, Articles of Affirmation and Denial, and an accompanying Exposition.