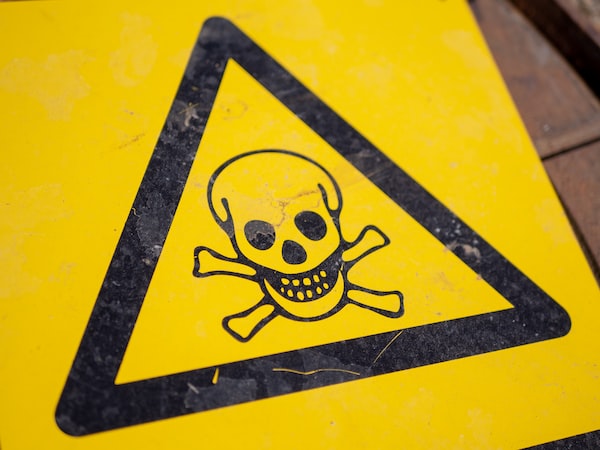 The Dangers of the NAR

I am still processing this one. Obviously, I disagree with many of the NAR teachings. But, at what point do you completely move away from everything connected? I would love to know your thoughts in the comments.

As a pastor, my world is the church. My free time is spent looking up ideas on philosophy, worldviews, apologetics, and studying various forms of Christian history. Yep... I'm that brand of nerd. ha.

I say that because, while this has been on my radar for a while now, it has likely not been on yours. Simply put- You have a life and I don't.

The NAR or New Apostolic Reformation is hard to pin down. There is no official club and you can't sign up for a newsletter. It is a loose connection based on beliefs and confessions. These beliefs are also not only on most of these churches' websites. It comes through in their preaching and worship songs. The main church you would probably recognize is Bethel Church in Redding, Cl. Bethel has become one of the most popular churches in the world and you have likely never heard of them. But, you have likely sung their songs. The Bethel and Jesus Culture record labels have sold millions of albums and their songs are regularly played all over the world. Most of the songs are scripturally based and give glory to Jesus. That's awesome. However, some promote various forms of doctrine that are not in-line with a Biblical worldview and others even end up glorifying us rather than Jesus.

The problem is none of these songs do it outright. They are very subtle. So subtle that ends up falling into the "interpretation" category. It ends up sounding bad if you are looking for it or sounding fine if you are not looking for it. So, what's the big deal? If it is grey, who cares? If the church ends up teaching incorrect doctrine, that's fine too. Whoever listens to a great song then asks, "Where church does this song come from?" Well... my daughter did. That's when I realized I needed to think a little more deeply about it.

There are many things that sounded like they started good and went off the rails such as:

Can I be honest?

None of the above issues (and there are many more) are a "deal breaker" for me. I have been around the church a long time and I have seen a lot of weird stuff by well-meaning people. I could chalk most of that above as weirdness or a simple "You go ahead, I'm good." But, when you place it all together, does it start to become more trouble than it's worth?

Two authors wrote an entire book on some of the false beliefs and teaching of the NAR. You can get a copy here.

Here are my current thoughts:

1- It is possible to be wrong and not be a deceiver.

There is a big difference between "false teaching" and being a "false teacher." Here is an example:

False teaching- Let's say someone asks you how to get to your house. You are intending to be honest but you forgot that one of the roads is currently out for order. So, when you give them directions, you inadvertently mislead them. That's like false teaching. You accidentally, with no malicious intent, led someone the wrong way. As a pastor, this is why I study all the time. I never want to do this with someone's soul.

False teacher- Let's say someone asks you how to get to your house. You don't want them to come to your house so you purposefully take them the wrong way. The first one was innocent. This one is on purpose. That is a false teacher. It is someone who has been confronted with the truth but still chooses to go in the wrong direction.

I don't know who Bill Johnson (Pastor of Bethel) is. He is purposefully leading people down the wrong road? I certainly hope not.

2- It is possible for a thing to be innocent but still needs to be avoided.

We all have things we like but are not good for us. One of mine is chocolate. I have no "that's enough" valve. I'll eat till I get sick if I am not careful. There is nothing wrong with chocolate. My unhealthy obsession with it is the problem. Many of the songs that the Bethel record company puts out are amazing and I love singing them. However, I have been doing this long enough to tell when something is not quite right. Something like 1% off. To give the benefit of the doubt, I will even go so far as to say I don't think people are in some think-tank in Reddin trying to figure out how to put aberrant theology into their songs. It's innocent. However, is it worth slowly deceiving the innocent people under my leadership who do not yet know how to parse the difference?

3- It is possible to "eat the fish and spit out the bones." But, at what cost?

Here is the big one for me. Like I said above, we can take the good and leave the bad. For example, there is one song our church currently sings that I love. There is half of one line in the whole song I don't agree with. Right now, when we get to that line, I change the phrase and it's all good. No problem. But, there are other songs we simply won't sing because the whole song is off. What about conversations I have had to have with people who are now confused because they believed something that isn't true about God? When we trace back where this incorrect view of God came from, it was from the soundtrack they played in their head... which was from Bethel.

I am unsure where we will fall in the future. As for now, we will continue playing their songs but will watch for doctrinal "edits" in their lyrics. This may change if I begin to feel the "juice isn't worth the squeeze."

Welcome to the life of a pastor. lol

Here is an interview with some of the people who have done a lot of work on what the NAR is.