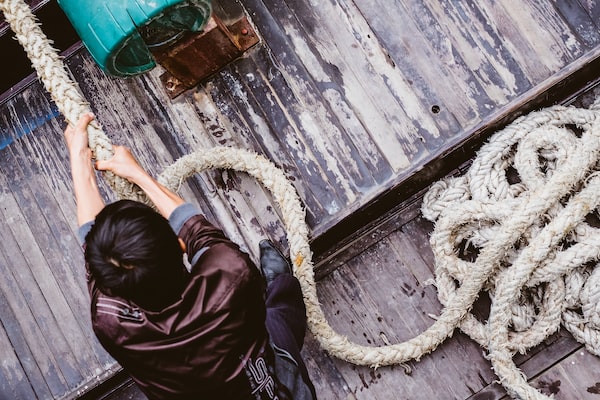 God, “Who Said I Needed Protecting?”

One of my daughters loves the Pirates of the Caribbean movies. The other day, we were watching the third on in the series (probably my favorite) and there was a scene that has stuck in my mind.

In this scene, one of the characters heads into enemy territory by herself. She is confronted by some villians who told her it was foolish for her to enter into enemy territory alone with no one to protect her. She quickly pulls out a knife and proceeds to go "all ninja" on them. With a knife to their throat she says, "What makes you think I needed protecting?" It was more like they needed protection from her!

This scene has been coming back to me lately as it relates to my relationship with God. Without realizing it, I am sometimes fearful when praying with others because I know  sometimes God doesn't answer our prayers the way we want. God is endlessly faithful. However, just because you ask does not mean He answers the way we would like. Sometimes, out of God's infinite grace, He says no. Sometimes, because of His goodness, He says not right now. Sometimes, because of His mercy, He says we should really stop asking. lol

The end result is that I have often hestitated to pray because I don't want God to be perceived in a negative light. Maybe that's just me. I can feel a sense of protectiveness. I feel like I need to protect the reputation of God.

This is well-founded but really, really dumb. The King of Universe does not need protection. He just needs the opportunity. Actually, He is the King. He doesn't need permission, either. He has chosen to order His world so that we can partner with Him, but He does not require us to accomplish His will.

Recently, I was watching a video and an old pastor who said something similar. He had hestitated to invite people forward for prayer at the end of the service, because he was concerned no one would come. If they did, what if God did not move on them. While in his office afterward, he felt the Holy Spirit say, "Who told you I needed protecting?" Message received.

How about you? Have you ever not prayed for something because you were afraid God would not be able to answer? Have you ever really believed God could but you hestitated because He has not done it in the past and your trust is shaken?

God does not need our protection.
He invites us to put His Word to the test in our lives.
We can witness what His power can do.
Even if He chooses not to do it our way, we can still experience His goodness in such a way to understand why.

Below is a video about one of my favorite apologists. He had an amazing life marked by God's faithfulness. Norm Geisler was passionate about defending the faith in a logical way, while allowing for the supernatural to be real as well. It wasn't about defending God because God couldn't do it for Himself. It was because God was so strong that He celebrated the chance to share His goodness. His teaching has made a big difference in my life. Of all the videos and resources I encountered this week, this one stands out. Enjoy!