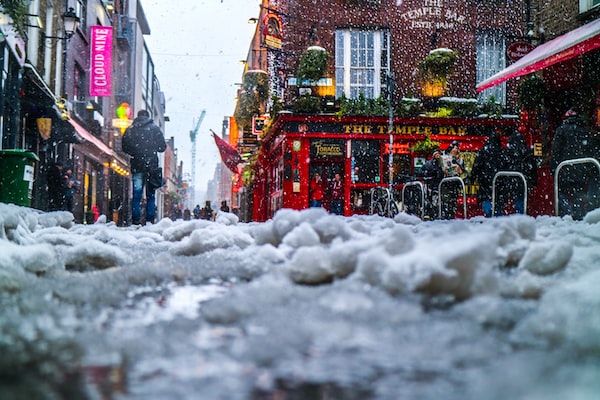 As I was standing in the lobby of our church on Christmas Eve Eve, I was shocked every time someone else walked in the main entrance. More and more people were coming in, knocking off snow, and laughing at how brutally cold it was… and probably also laughing at me shivering. I’ll be honest, I thought you all were crazy. Only Jesus and my church family could have dragged me out from under my pile of blankets. This Alabama boy wasn’t built for negative-degree weather.

While saying this to one of our church family, someone else came in laughing. If you hadn’t of seen the snow all over his coat, you would have thought it was a warm summer’s day. 😎 I asked him what was wrong! Maybe this was some form of frostbite and death was soon to follow. ☠️ He laughed even harder and said this was nothing. He then told me what it was like to live further north. He said the snow drifts can get higher than his family home you have to be careful turning off your car or it might not start up again in the extreme cold. I think my core temperature lowered even more just hearing this. Then, he took a line from Nietzche and altered it a bit, “If the snow doesn’t kill you, it’ll make you stronger.” (Yes. That quote is not from Kanye West.) I wasn’t so sure he was right at the time. However, over the past couple of weeks, he has proven to be wise. If you remember, after warming back up, it dipped down again. However, this time it was only slightly below freezing. (25 degrees) It seemed so easy and no big deal at all. The cold was not as difficult to deal with because I now know what real cold feels like… sorta.

This is silly but I have a point. Hard times have value. They are no fun at the time, but they teach us how to persevere. They teach us we are stronger than we realize. They teach us bad times don’t kill us. They make us tougher.