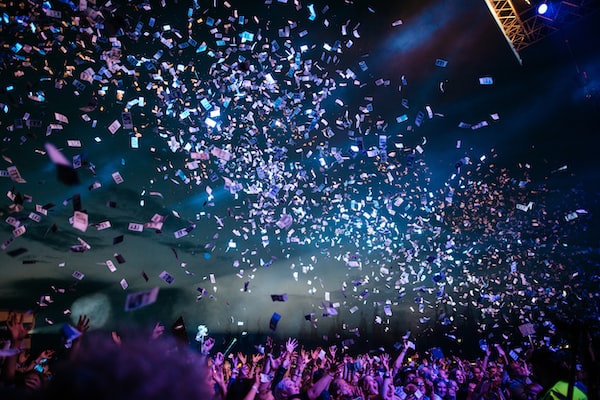 Letters to RLC: Do I Have to Be Wild To Get Your Attention? 🤪

In Luke 15, Jesus tells a story that has forever been etched into the minds of many. It is the story of a young man who decides he doesn’t want to wait for his father to die in order to get his hands on the inheritance. So, he tells his dad he wants his share the family’s fortune and heads out to enjoy "the good life." After realizing money doesn’t grow on trees, he ends up broke and begging. He remembers his dad had a lot of servants they were treated really well. Perhaps he could work for his dad. He goes back, not to be a son again, but to be a worker. When his dad sees the son coming, he runs out to meet the boy. They hug. They cry. They celebrate. The dad sees this moment as a miracle. His son was as good as dead and is back. We call this the story of the Prodigal son.

There is something I hadn’t noticed for a long time, though. The story starts off with the phrase, “A man had two sons.” Jesus continues the story by saying the other son became jealous. There was so much fuss being made over the wayward son. He tells the father that it isn’t fair. The father never made that much of a fuss over him and he’s been ‘good’ his whole life. It’s almost like he was saying, “Do I have to be wild to get your attention?”

Have you ever felt that way? Have you ever felt that you get overlooked because you try to do the right thing? People with crazy testimonies seem to get all the attention. You are quietly going through your life and feel like you are ‘less than’ in the eyes of God because you don’t have one of those wild stories. All you have done is try to be good and you feel you are being ignored.

Perhaps what the father said to the 'good' son is what God would say to you too.

“Look, dear son, you have always stayed by me, and everything I have is yours. We had to celebrate this happy day. For your brother was dead and has come back to life! He was lost, but now he is found!” (‭‭Luke‬ ‭15‬:‭31‬-‭32)

Perhaps God is saying to you-

You are dearly loved by God. You do not have to get God’s attention.

Because of the grace of Jesus, you have always had it.