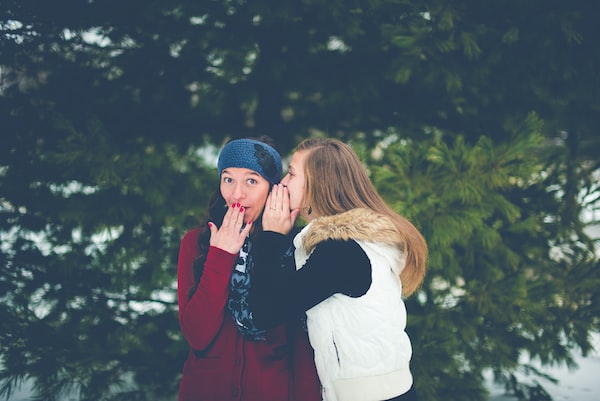 Letters to RLC: Who Told You Not to Have a Good Christmas?

*These blog posts are weekly letters to RLC from my 'wandering in the wild.' Thoughts and stories I have come across from my interactions with and for you. Love you all.

I asked someone recently if they were having a good holiday season. They said, "Yes. I am going to have a great Christmas and I don't care who tells me otherwise." Obviously, I had to ask for details. The lady said, "It seems like every time I check the news, social media, or talk to family... someone is telling me it's a difficult time of the year. The more they tell me how hard it is supposed to be, the harder it feels. I have decided to have a good Christmas, no matter how hard it is supposed to be." There is a lot of truth in that.

We talk a lot at RLC about how difficult the holiday season can be because so many people have major obstacles to overcome at this time of the year. However, while we cannot choose what happens to us we can choose how we respond. I hope we don't overdo it and cause everyone to think they are doomed to have a difficult holiday. If we're not careful, we can end up telling people it's a hard season so they think they have to have one. Then, when we hear it's tough, we tell everyone, and on and on we go. You can choose to make the most of this holiday season instead of falling into the cycle of doom. It reminds me of the story below. Hope you enjoy-

How They Forecast a Cold Winter

One day in early September the chief of a Native American tribe was asked by his tribal elders if the winter of 2011/12 was going to be cold or mild. The chief asked his medicine man, but he too had lost touch with the reading signs from the natural world around the Great Lakes.

In truth, neither of them had an idea about how to predict the coming winter. However, the chief decided to take a modern approach, and the chief rang the National Weather Service in Gaylord Michigan. 'Yes, it is going to be a cold winter,' the meteorological officer told the chief. Consequently, he went back to his tribe and told the men to collect plenty of firewood.

A fortnight later the chief called the Weather Service and asked for an update. 'Are you still forecasting a cold winter?' he asked. 'Yes, very cold', the weather officer told him. As a result of this brief conversation, the chief went back to the tribe and told his people to collect every bit of wood they could find.

A month later the chief called the National Weather Service once more and asked about the coming winter. 'Yes,' he was told, 'it is going to be one of the coldest winters ever.' 'How can you be so sure?' the chief asked.

The weatherman replied: 'Because the Native Americans of the Great Lakes are collecting wood like crazy.'